Le Meurice, Hotel de Crillon, the Plaza Athénée, the Saint James, the Hyatt, the Ritz as well as hotels boasting a more contemporary style such as the Mandarin Oriental.… 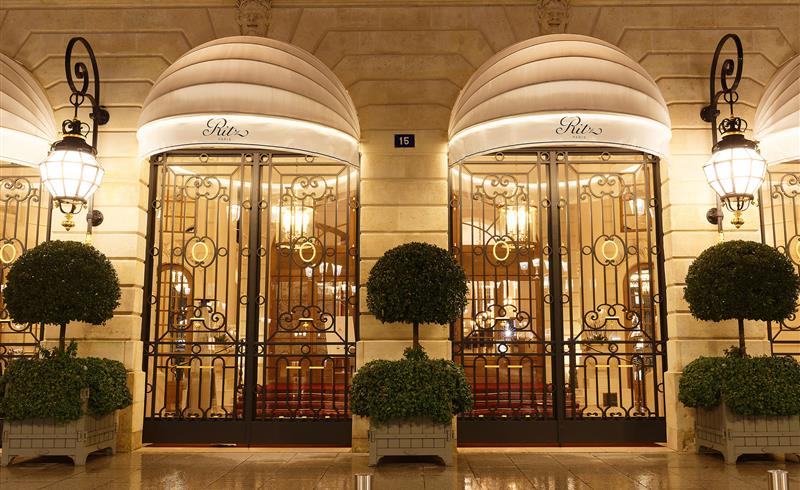 Discover the most prestigious Parisian luxury hotels which embody the French-style luxury.

Situated in 228 of the street of Rivoli in the 1st district of Paris, the Meurice hotel appears among the most highly-rated of the French hotel establishments of big luxury. Completely renovated according to Jean-Loup Roubert's plans, Chief architect of the Civil Buildings and National Palaces and of the architect Nicolas Papamiltiades, the hotel five stars welcomes his clientele in beautiful lounges in mind of 1900s and is embellishes luxurious mosaics and mouldings realized by the best craftsmen.

Luxurious hotel in the center of Paris, Saint James Paris was formerly a mansion of neo-classic style built in 1892 by Élise Thiers, widow of Adolphe Thiers, president of the French Republic from 1871 till 1873. The luxury hotel raises itself proudly in the location of the first aerodrome of Paris, where from flew away hot-air balloons, in 43 of the avenue Bugeaud in the 16th district of the capital... An address of legend at the heart of the capital.

Between tradition and modernity, the Mandarin is a Parisian hotel of 138 rooms and suites situated in 251 of the street Saint-Honoré, just a step from the Place Vendôme in the 1st district of Paris. A spa of 900m ² and the restaurant governed by Thierry Marx, follower of the molecular gastronomy, make a place highly appreciated by a clientele in search of high-quality services.

The contemporary universe of the 5-star hotel Hyatt seduces by its modern architecture and its uncluttered design signed Ed Tuttle. The gourmet cuisine of the star chef Jean-François Rouquette is a real invitation in the journey in the heart of the Place Vendôme, the street of the Peace, just a step from the Garnier Opera.

The Parisian luxury hotels in works: the revival of the myths!

If the Hotel of Crillon closed its doors for renovation and will welcome its clientele on the horizon 2015, it is not less left a place of welcome appreciated by the discerning travelers. After works, the Parisian luxury hotel parfairera the nobility and the elegance of the place while protecting the soul of prestigious sound building of the 18th century. The luxury hotel has for habit to receive the biggest French and international events as the Coming-out ball.

This hotel five stars situated in 15 of the place Vendôme represents among the most luxurious hotels to the world very appreciated big names of the international policy and the personalities of the show business. The Parisian luxury hotel received in its walls of illustrious persons such as Coco Chanel or Ernest Hemingway or more sadly Diana, princess of Galls, and Dodi Al-Fayed. The hotel is closed since August, 2012 and will open its doors during the course of the year on 2014.

Since 1913, the Hotel 5 stars Plaza Athénée raises itself in 25 of the avenue Montaigne in the district of Champs-Élysées. The luxury establishment welcomed at their time mysterious Mata-Hari or still Marlène Dietrich and Jean Gabin.
The gourmet restaurant, the Relay Plaza, and his(her) leader Alain Ducasse 3 stars to the Guide Michelin - proposes an elegant and sophisticated kitchen which has an equal only the sharpness and the extreme savour of Christophe Michalak's cake shops. The Bar of Plaza turns out to be the high place of the Parisian night. In summer, 2014, Plaza Athénée, will reopen its doors and will propose new suites and more reception rooms.